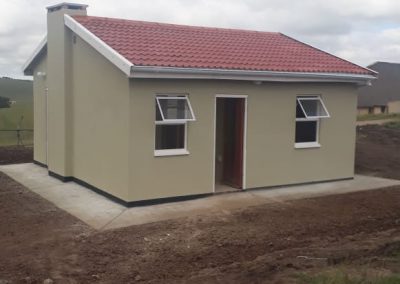 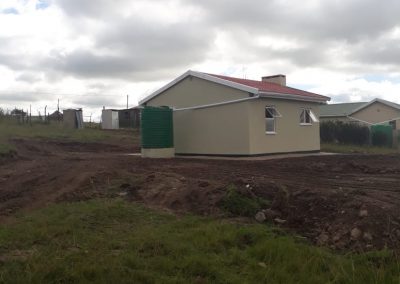 East London — The Department is constantly exploring innovative ways to bring housing to the vast Eastern Cape and such ways include the Traditional Authorities which still rule over a large number of citizens in the province. in ensuring they have access to adequate housing. MEC Babalo Madikizela initiated rural visits through the Eastern Cape Kingdoms.

The tour was aimed at introducing the Department and its work to the rural communities. During these visits MEC Madikizela personally identified destitute cases. The Department’s Destitute and Vulnerable Groups Programme is a response and intervention on the plight of the destitute people which rescues helpless people from the trenches of poverty and homelessness.

In Nyandeni, the MEC identified four (4) houses that belonged to destitute people of the province. The families were living in such appalling conditions and needed an urgent intervention. Their houses were built in less than 3 months following the MEC visit and will be handed over to them on Thursday, 18 April 2019.

Members of the media are invited to the handover to be held as follows;