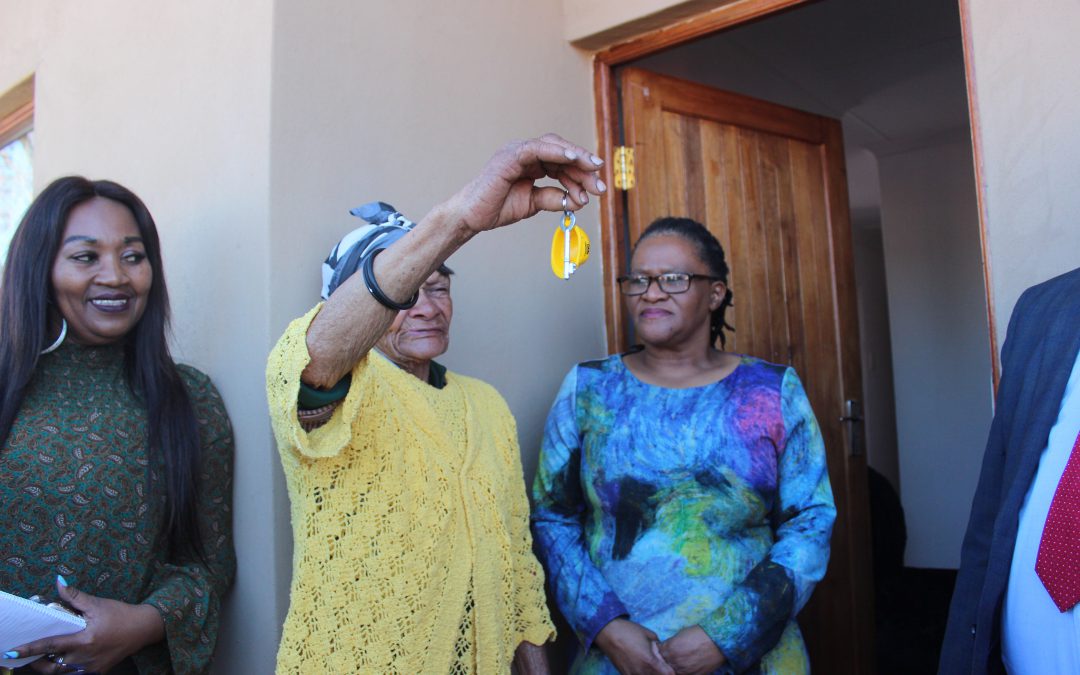 East London——- In efforts to change the lives of the most destitute and vulnerable beneficiaries, the MEC for Eastern Cape Department of Human Settlements, Nonkqubela Pieters, will handover new homes in Pearston and Cookhouse under Blue Crane Route Local Municipality on Tuesday, 20 August 2019. The beneficiaries form part of the Department’s Destitute 12 Housing Project in the municipality, valued at R 1 672 788.91.

The Department is prioritizing the elderly, disabled, child-headed families and military veterans by providing them with decent homes. One of the beneficiaries the MEC Pieters, will handover a new home to, is 76-year-old Elsie Bruntjies, who lives in a shack with her son. The other beneficiary is 79-year-old Hemley Jan who is part of a family of 10, all living in a shack.

The Destitute and Vulnerable Groups Programme is an intervention on the plight of the destitute which rescues helpless people from the trenches of poverty and homelessness. For this current Financial Year 2019/20, the Department is targeting to build 9210 new homes and transfer 10 500 title deeds to rightful owners throughout the province.

Members of the media are invited to the handover ceremonies, to be held as follows;