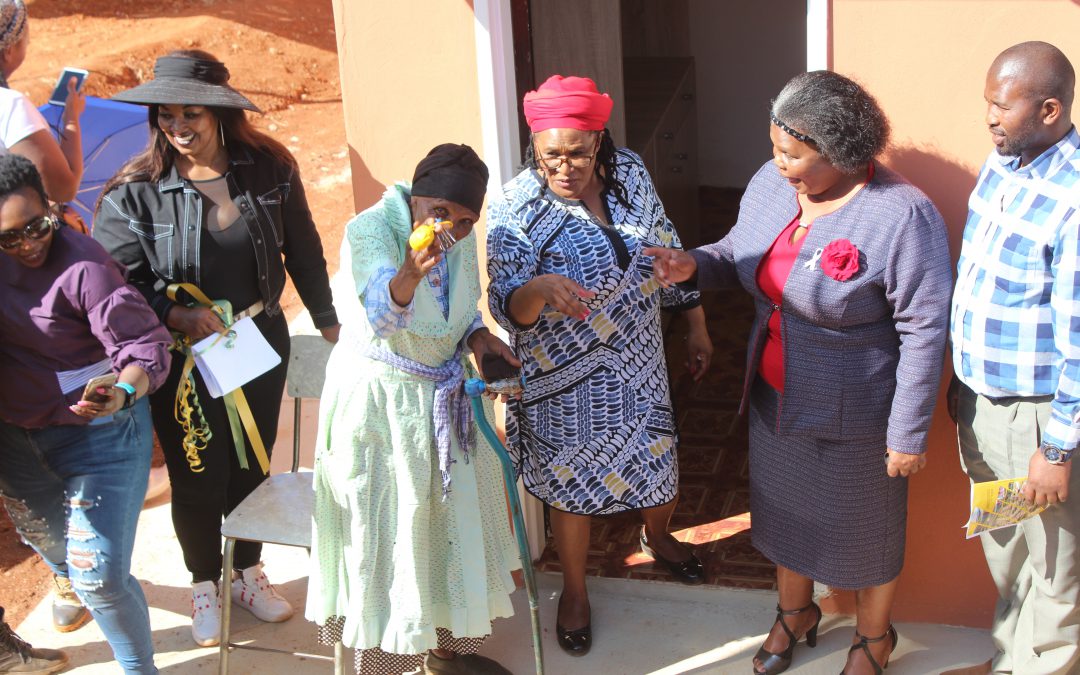 East London——- In celebrating Provincial Women’s Month, the EC government will handover new homes to destitute women in Matatiele, Cabazana and Ntabankulu in the Alfred Nzo District Municipality. The women have benefitted from the EC Department of Human Settlements’ efforts to change the lives of the most destitute and vulnerable beneficiaries, through a programme that prioritizes the elderly, disabled, child-headed families and military veterans.

As part of the Women’s Day Celebrations, the Provincial Executive Council led by Premier Oscar Mabuyane will visit Alfred Nzo District Municipality to bring service delivery to those communities. The MEC for Eastern Cape Department of Human Settlements, Nonkqubela Pieters, will handover a new home to 98-year-old Amelia Mitswadi from Matatiele. Gogo Mitswadi lives with her grandchild under poor conditions in a shack. On the day, 79-year-old Madlamini Nokweyise from Ntabankulu and 84-year-old Nomathamsanqa Fazo from Cabazana, both staying in dilapidated mud structures, will also receive new homes.

Women’s Day is marked as a commemoration of the famous 1956 march of 20 000 women to the Union Buildings in Pretoria. The women marched in protest against the pass laws in the country.

Members of the media are invited to the handover ceremony, to be held as follows;