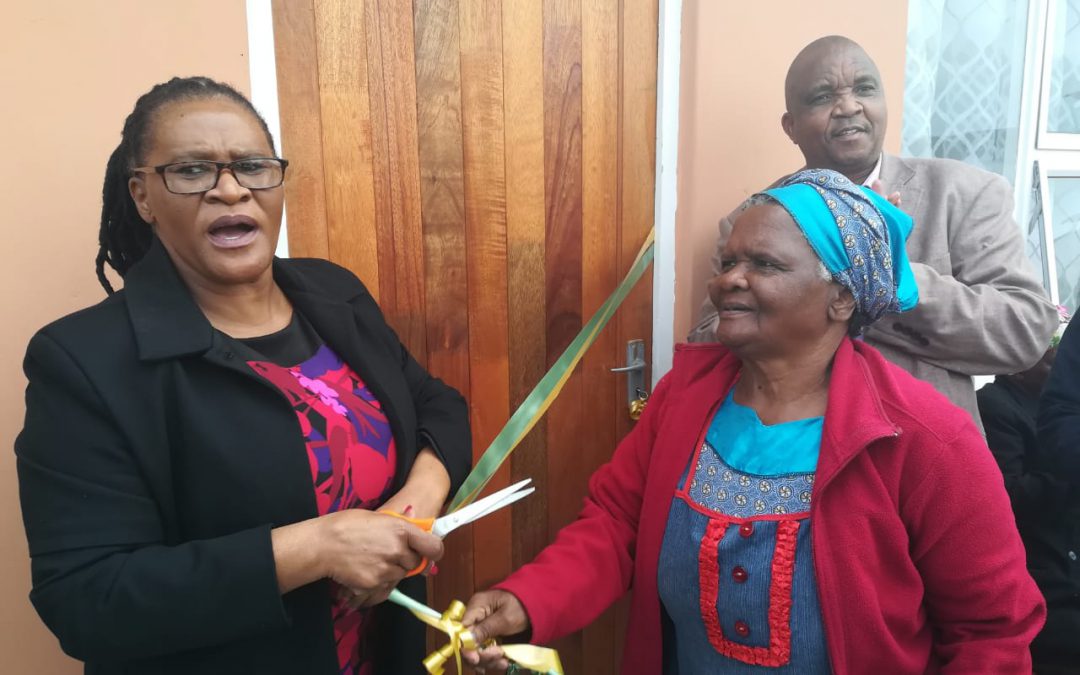 East London——- The life of a 78-year-old woman will change for the better and her dignity restored when she receives a new home from Eastern Cape Department of Human Settlements MEC, Nonkqubela Pieters on 04 September 2019. The woman is part of 105 destitute families who are benefitting from the Department’s Destitute Programme currently implemented in Nelson Mandela Metro.

The Department is prioritizing the elderly, disabled, child-headed families and military veterans by providing them with decent homes. Nozizwe Kleinbooi has been living in a dilapidated structure in KwaZakhele. The Destitute Housing Project 105 is scattered throughout the region, in KwaZakhele, Motherwell, Walmer, Uitenhage and the Northern Areas. The total budget for the project is R17 640 00, with the project scheduled to end in December 2019. The beneficiaries move into their new homes on completion. A total of 102 houses have been completed to date.

The Destitute and Vulnerable Groups Programme is an intervention on the plight of the destitute which rescues helpless people from the trenches of poverty and homelessness. For this current Financial Year 2019/20, the Department is targeting to build 2857 new homes in the Metro.

Members of the media are invited to the handover ceremony, to be held as follows;