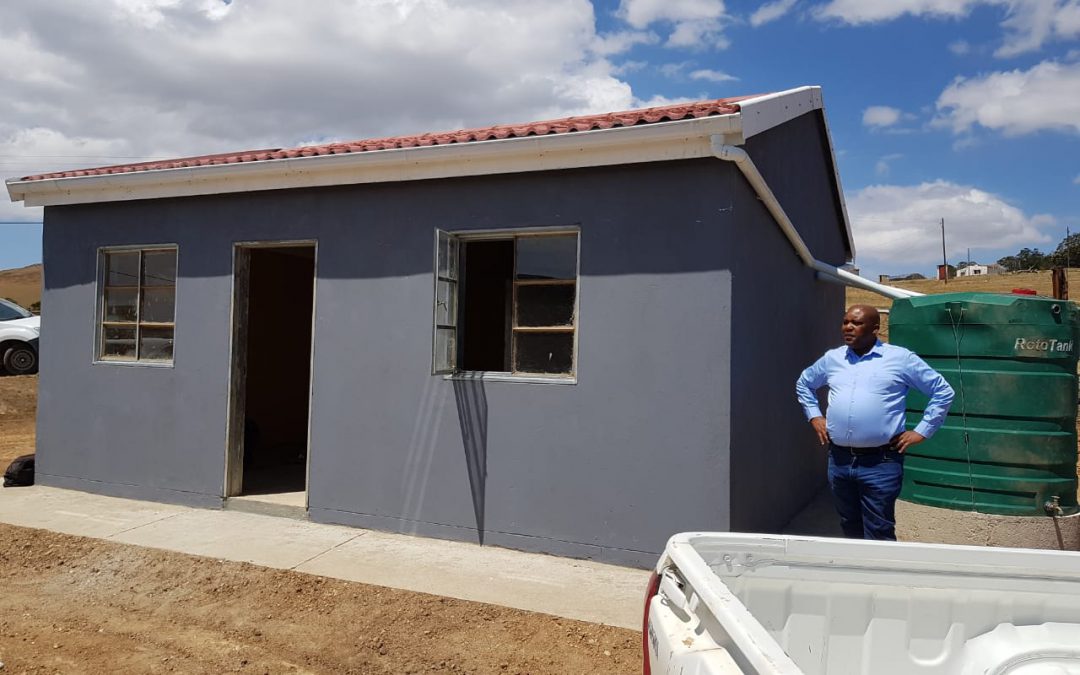 East London ——– In prioritising the needs of the elderly poor people in the province, the MEC of Human Settlements, Ms Nonkqubela Pieters, will handover new homes to 2 elderly women in Cala and Dordrecht on 25 October 2019. This forms part of the week-long Taking Legislature to the People programme to bring much needed services to the Chris Hani District Municipality.

The Eastern Cape Provincial Legislature (ECPL) has started its Taking Legislature to the People programme in the Chris Hani District Municipality. This will provide an opportunity for communities to discuss issues relating to service delivery while participating in legislative processes. The Department of Human Settlements is prioritising the most destitute and vulnerable in society, focusing on the elderly, disabled, child headed families and on military veterans, by providing them with suitable quality homes.

On the day, 99-year-old Nohombile Ngqayimbana’s dignity will be restored when she receives her new home.  She has been living in a mud house in a village called Mgwalane in Cala under the Sakhisizwe Local Municipality. Ngqayimbana will celebrate her 100th milestone birthday in her new home on 01 January 2020. She forms part of the 975 families who will benefit from the Cala Rural Housing Project, spread over 17 villages. To date 314 houses have been completed. The total project budget is R221million.

The second beneficiary is 78-year-old Sesmaand Tuse Reginah, who has been living in a shack in Sinakho Zwelethemba in Dordrecht under Emalahleni Local Municipality. She is part of the 289 families, mainly the elderly, to benefit from the Sinakho Zwelethemba Housing Project at R25million.

The Taking Legislature to the People programme, entails holding a four-day House Sitting outside the Bhisho premises to strengthen the oversight responsibility of the Legislature. On the last day, government departments will deliver their respective services to the communities.

Members of the media are invited to the handovers to be held as follows;