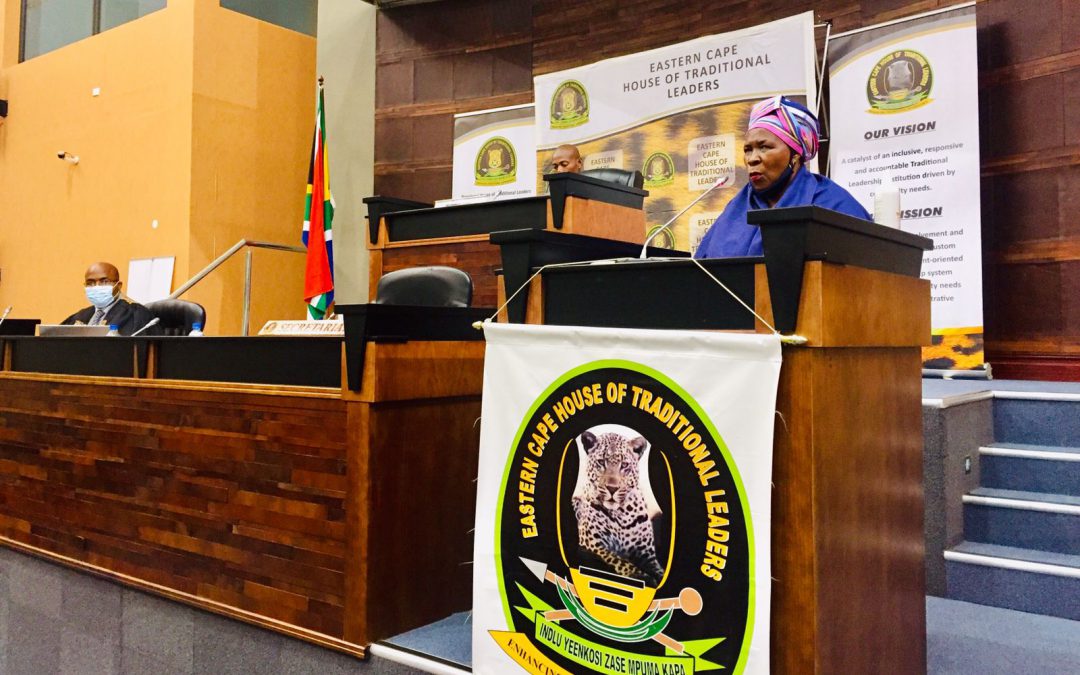 Eastern Cape Human Settlements MEC, Nonceba Kontsiwe, has highlighted the importance of cordial relations between government and traditional leadership. Kontsiwe had been addressing a seating at the provincial House of Traditional Leaders in Bhisho. In the seating, Kontsiwe reflected on the role traditional leadership continues to play in the protection of culture, traditions, customs and values. She further emphasized on the Human Settlements department’s commitment to working with traditional authorities to transform rural communities.

Chairperson of the Eastern Cape House of Traditional Leaders, Chief Langa Mavuso says it is important to create hegemony between traditional leadership and government. “Such sittings are important so as to be on the same page with government. Government must present clear plans that will address challenges which confront our communities. We remain a link between government and rural communities and therefore good working relations are key,” said Mavuso.

The department is prioritizing approval of the destitute and vulnerable in the provision of housing. The majority of these persons are in rural areas. This is why for the 2021/22 financial year, 700 new destitute beneficiaries are targeted for approval.

The Eastern Cape House of Traditional Leaders has been encouraged to play a role in the efforts to eliminate manipulation and corruption of beneficiary lists. MEC Kontsiwe has emphasized that going forward the department will only accept lists that have a Council Resolution.