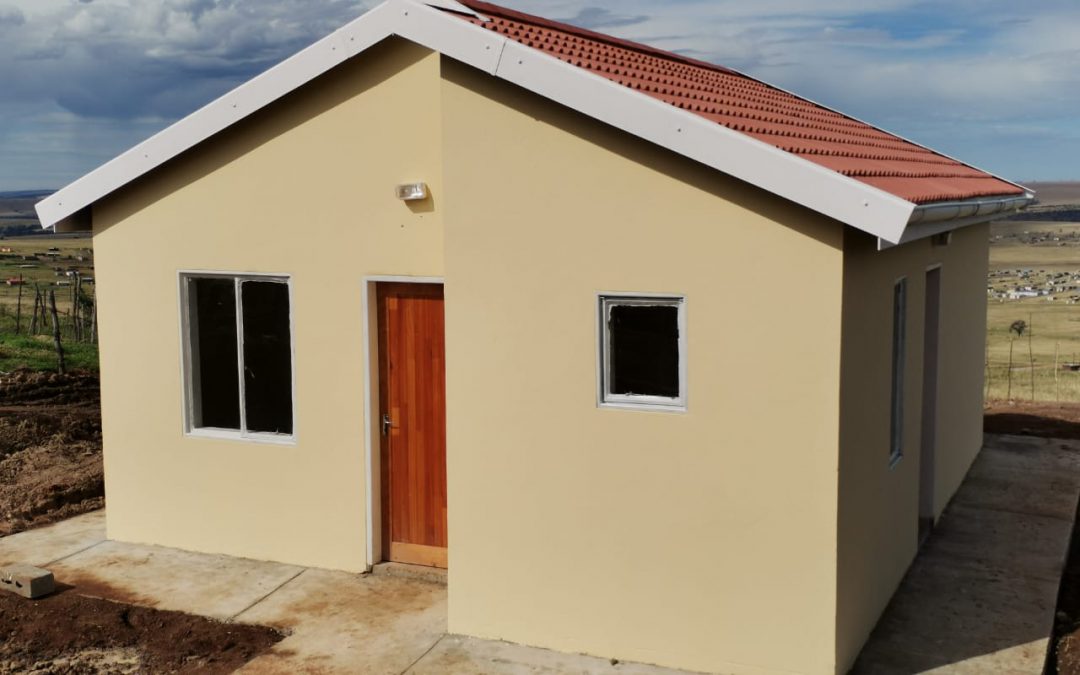 East London——- EC Human Settlements MEC, Nonceba Kontsiwe, will hand over 90 houses to destitute families including the elderly in Deberha, under Engcobo Local Municipality on 23 September 2021.  The houses form part of the Deberha rural housing project implemented by the Department.

The total cost of the 90 houses is R12 million. The project is spread over nine villages for the benefit of mainly destitute and vulnerable groups which includes the elderly, disabled, child headed households and military veterans.

Among the beneficiaries is 66-Year-old Nosayinethe Ngxokonyeka who until now has been staying in a temporary structure provided by the Department as an intervention to her poor living conditions. The other beneficiary is 46-year-old Nozabekho Ragayi, who is currently staying with her 7 children in a poor mud structure.

The overall scope of the project in its completion will see a total of 706 houses built in the nine villages. The Department has 80 running projects in Chris Hani this financial year with a total budget of R262 million.

DETAILS OF THE HANDOVER: