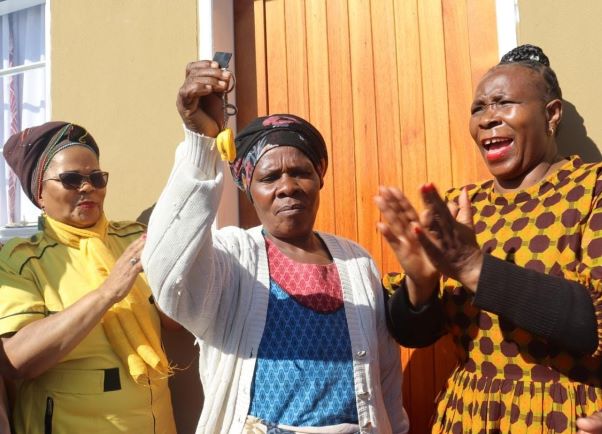 The Deputy Minister of Human Settlements, Pam Tshwete, has announced that national Department of Human Settlements has approved over R16 million towards rebuilding of the destroyed housing structures at the Alfred Nzo District Municipality. The funds will be used to rebuild houses which were destroyed during the recent flood disasters.

“On Tuesday we are going to transfer R8,5 million of the total amount to the District Municipality. These funds can only be used for human settlements development and not for anything else”, said Tshwete.

Eastern Cape is one of the Provinces that were recently affected by disasters including KwaZulu Natal and North West. This allocation will be used for affected households in Ntabankulu, Umzimvubu, Matatiele and Winnie Madikizela-Mandela Local Municipalities.

Deputy Minister made this announcement during the handover of houses at Ludeke village, Winnie Madikizela-Mandela Municipality in Bhizana, Eastern Cape.

While handing over the houses to the beneficiaries, which included an 81-year old, gogo Masoso and 71-year old gogo Mphetheni, Deputy Minister Tshwete emphasized that the delivery of houses to the vulnerable group such as elderly, child-headed households, military veterans and people with disabilities remains one of the government priorities.

This was echoed by the MEC of Human Settlements, Nonceba Kontsiwe who said the provincial department’s budget allocation of R1,4 billion expected to deliver over 7000 housing units will also prioritize vulnerable group.

“Our priority to ensure that indigent households and vulnerable group have shelter over their heads. We appeal to those who are on the waiting list to bear with us. We shall deliver on our promises”, said Kontsiwe.

Issued by the Department of Human Settlements